Amatrice – New York: the roman exhibition of the limited editions created by B. ZARRO

Home/Events/Amatrice – New York: the roman exhibition of the limited editions created by B. ZARRO

Amatrice – New York: the roman exhibition of the limited editions created by B. ZARRO

Saturday, May 18, the destinies of two cities so apparently different, Amatrice and New York, have crossed and overlapped thanks to the perceptual study of the artist of Amatrician origin B. ZARRO.

It happened at the exhibition of the same name Amatrice – New York. Perfume of Rebirth organized in collaboration with Campomarzio70 – The Essential Gallery. In the exhibition, the focus of the story unites the two cities, affected by immense tragedies – the indelible one of the World Trade Center in 2001 and the 2016 earthquake that destroyed Amatrice – and similar in their topographical arrangement and structure. It is the hope for reconstruction and the identity of a community that solidifies from these situations that interests B.ZARRO, he said:

The guidelines that have accompanied me are cultural and anthropological. The first is functional to the understanding of the deepest meaning of such a devastating event that devastated the lands of Central Italy in the summer of 2016 and led me to discover an incredible similarity between the map of Amatrice and the map of Manhattan, in turn hit by another incredible tragedy in 2001. The second aims to highlight signs of hope for the reconstruction and preservation of the identity of a people and places so fundamental to Italian history. I have therefore created, in the packaging of the perfume produced in a limited edition, elements that unite the two cities with drops, as if it were a perfume that after its volatility seems to have dispersed its effects, actually leaves an indelible trace in our memories.

During the day, the artist signed the 50 packaging of the 401 È Amatrice, on sale at Campomarzio70, which he produced in a limited edition. Roberto Serafini, Marina Gentile, the team of Campomarzio70 and Maestro Profumiere Lorenzo Dante Ferro, creator of the perfume, were present at the opening of the exhibition. 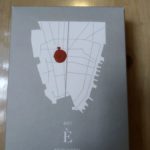 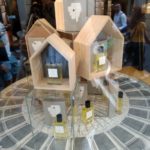 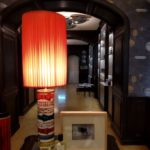 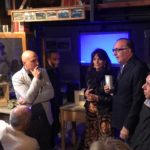 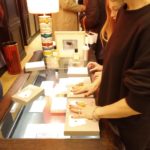 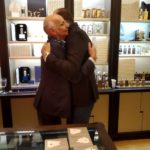 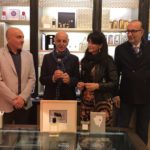